“JB Hi-Fi had a pretty solid fourth-quarter sales result on Tuesday, Michael Hill did well, that’s despite fuel prices and interest rates going up significantly over the June quarter, so despite everything it feels like the consumer is in fairly good shape.”

The materials sector added 2.5 per cent as iron ore futures traded on the Singapore Stock Exchange for delivery in August firmed 3.3 per cent to $US100.45 a tonne. 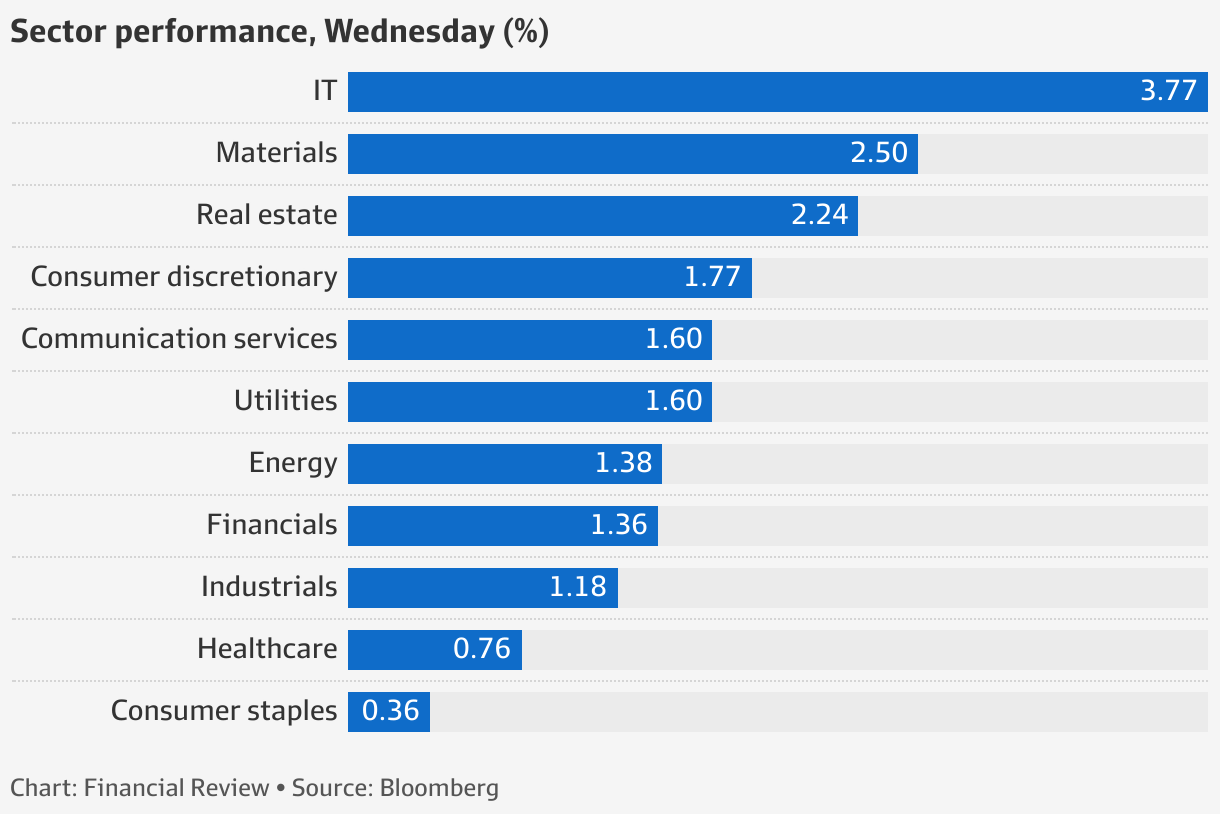 Copper futures for delivery in September also extended a rebound this week to $US3.36 a pound, with benchmark WTI oil futures topping $US100 a barrel. Gold lost 0.4 per cent over the session to fetch $US1707.05 an ounce.

Among the commodity producers BHP rose 1.4 per cent to $37.11, with Santos gaining 2.1 per cent, and lithium producer Pilbara Minerals increasing by 5.1 per cent.

The worst performer on the benchmark share index was Pendal. It finished 2 per cent lower at $4.34 after it confirmed a day earlier that it was in merger talks with fund manager Perpetual.

Bitcoin climbed 7.3 per cent through the trading day to reach $US23,603 at the closing bell, with the second-largest cryptocurrency, ethereum, adding 3 per cent to $US1575.

Mr Booker said August’s corporate profit reporting season may prove better than expected. “We think the market’s overreacting in terms of selling down consumer related companies, the tech sector as well, there are some opportunities there now which hasn’t been the case for some time. 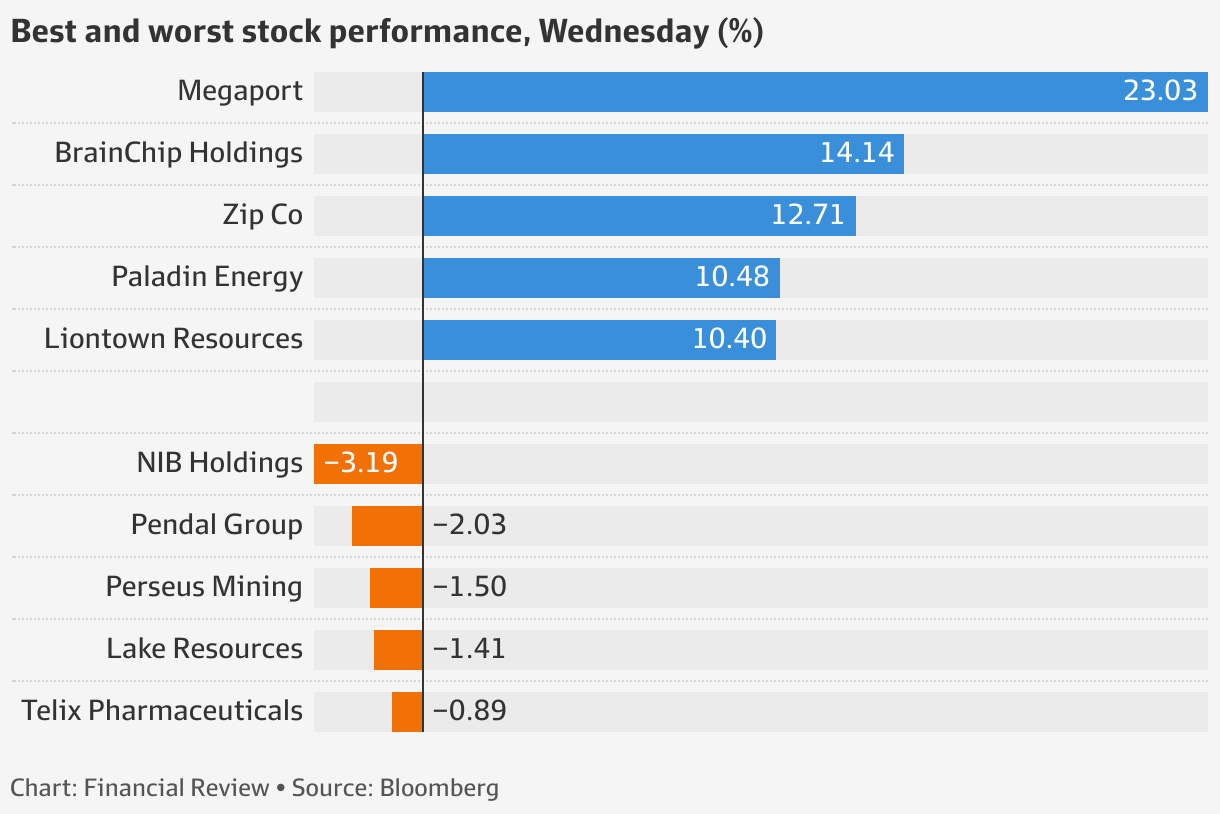 “There’s still a lot of liquidity out there, households have a lot of liquidity, so we might see some mergers and acquisitions. I think there’s plenty of money still on the sidelines, I suspect the market environment could be better than people are currently anticipating.”

Oil producer and explorer Beach Energy posted its best quarterly earnings in more than three years. Revenue rose 10 per cent to $504 million in the three months ended June 30 from $458 million in the quarter ended March 31. Fourth-quarter production totalled 5.6 million barrels of oil equivalent (mmboe), up from the 5.2 mmboe reported in the third quarter of fiscal 2022. 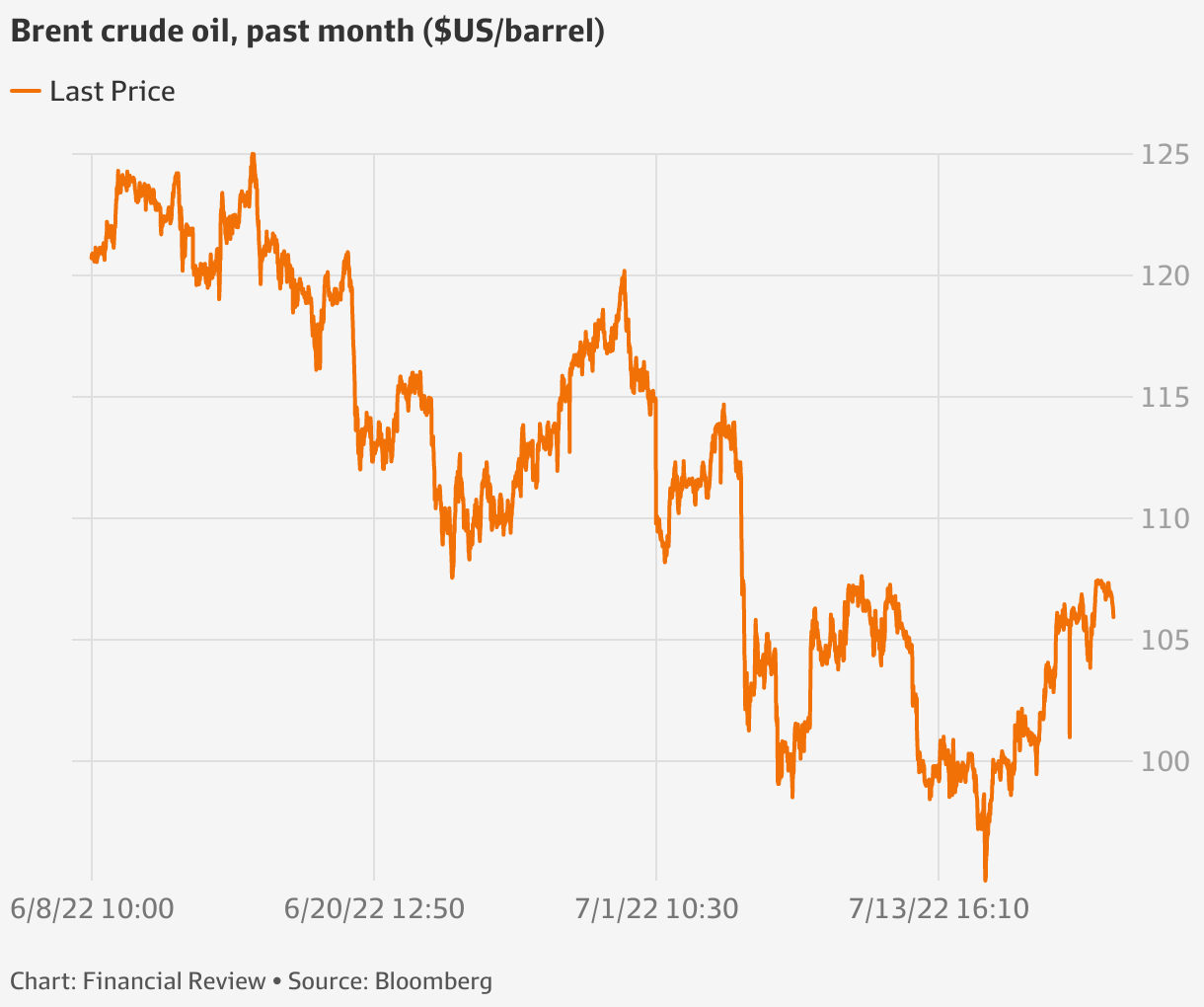 Shares in AGL Energy advanced 2.7 per cent after broker JPMorgan upgraded its shares to “overweight” because it stands to gain the most from increased wholesale electricity prices.