The Next Wave provides a futuristic analysis of BizTech and innovation in Africa. Subscribe here to get it directly in your inbox on Sundays at 3 PM (WAT).

One-point-two million. That was the number of users Safaricom’s M-Pesa gained within 9 months of operating in Kenya, back in 2007. Nigeria’s fintech Flutterwave serves over 900,000 customers despite having been around for over 6 years. While the market dynamics are different, it shows the opportunity that is available for Flutterwave in Nigeria’s 200 million-strong population as it expands to other markets.

Today, M-Pesa has over 28 million users and 250,000 agents, out of Kenya’s 30-million adult population. Between January to June last year, over $200 billion worth of transactions were processed by the company. But, in all honesty, the major reason for M-Pesa’s success is because Safaricom controls both the GSM network and SIM gateway. Safaricom tried to replicate the M-Pesa model in South Africa, but it failed because, compared to Kenya, at least 70% of South Africans have a bank account.

Last month, in yet another epochal moment for Africa’s fintech ecosystem, Nigerian fintech startup, Flutterwave raised $250 million to triple its valuation to $3 billion. Many celebrated online, and some declared that Flutterwave is big enough to dominate the entire fintech market—in other words: fintech innovation in Africa has peaked.

In today’s edition of Next Wave, we explore the vast opportunity that still exists in Africa’s fintech ecosystem.

The fintech and payment industry remains untapped in countries where millions of people are financially excluded and do not have internet access (for web-based financial products). For example, data from the 2020 Enhancing Financial Innovation Access (EFInA) report, shows that 36% of adults in Nigeria—38.1 million—are excluded from financial services.? In South Africa, that number is 7% as at 2020; 11% in Kenya as at 2019; 7% in Rwanda as at 2020; 39% in Burkina Faso as at 2016; and 36% in Cameroon as at 2017.

GSMA data shows that, by the end of 2018, Africa had 534 million basic and feature phones and a slightly lower number of smartphones: 523 million. Feature phones are affordable for the poorest people on the continent, while smartphones are owned by people with higher incomes; however, both phone types open up access to Unstructured Supplementary Service Data (USSD) services—a prevalent technology in Africa that uses character codes to directly connect users to their mobile operators so they can do things like buy airtime or an internet subscription, pay for a service, or even send money to loved ones. USSD accounts for 90% of mobile money transactions completed in Africa, as at 2018.

Receive money from over 30 countries directly to your bank account or mobile wallet. Visit send.flutterwave.com and do it now!

There are many reasons why fintech—despite the sector being called “saturated”—still has much more potential. Here are some:

The financial system of each African country is diverse, so it is still pretty difficult to move money from one region to the other. If a fintech company wants to enable this, it will need to build new sets of infrastructure. The innovation that will facilitate cross-regional payment on the African continent must be seamless, fast, and cheap.

In India, payment companies, PhonePe and Paytm, boast of some 350 million and 333 million registered users respectively, but most fintech unicorns in Nigeria (Africa’s fintech hub with multiple unicorns) still struggle to get users in the millions. This might be because of the current chokehold traditional banks have on the banking system and, of course, the millions of unbanked adults, which is why fintech must seek financial inclusion by becoming the entry point of the unbanked into the financial system.

In Kenya, for example, insurance startups currently have less than 3% penetration in the country, leaving a wide room for innovation. As the fintech industry grows, niche startups in the industry need to cater for—small and medium enterprises (SMEs) financing, innovation for underserved parts of African countries (Northern Nigeria), and women (56% of unbanked adults globally are women). More fintech like South Africa’s Stitch, which is providing infrastructure that will make payment widespread should be encouraged and funded.

A World Bank data from 2014 had put Africa’s unbanked adult population at 350 million, while the global estimate was 2 billion. By 2017, the global figure of unbanked adults globally dropped to 1.7 billion, and 4% of those adults lived in Nigeria. Last November, after much anticipation, the Nigerian government gave Airtel and MTN “approval in principle” to establish mobile money businesses. MTN has delved into its ambition to dominate fintech in Nigeria, as M-Pesa did in Kenya, by doubling active users to 9.4 million and adding 370,000 agents last year. MTN using 4G to grow data subscribers and appeal to Gen Z audience, is evidence that the so-called fintech boom in Africa is still in its early days.

In 2014, about 70% of the students who took the West African Examinations Council (WAEC) exams “failed”. Poor teaching was attributed to it, which is why Edtech, Edves is developing a comprehensive training programme for students. Read more about it here.

Nigerian digital identity company, VerifyMe, has appointed Sarah Essien as its Chief Operating Officer. Essien, who holds an MSc in Accounting and Financial Management, has held important positions across finance, telecommunication, and Oil and Gas industries. Read more about her here.

Have a great week.

Thank you for reading The Next Wave. Please share today’s edition with your network on WhatsApp, Telegram and other platforms, and reply to this email to let us know what we can be better at.

Subscribe to our TC Daily Newsletter to receive all the technology and business stories you need each weekday at 7 AM (WAT). 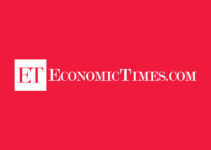