India is trying to strengthen its long-standing ties to countries on the continent as New Delhi attempts to catch up with China, which has emerged as Africa’s largest trading partner.

Over 40 high-level ministers and dozens of businesspeople from various African countries visited India in July to attend a key investment meet aimed at boosting commercial relations between the two sides.

The South Asian nation’s Commerce and Industry Minister Piyush Goyal, meanwhile, stressed New Delhi’s intent to reach a trade pact with Africa. This is because the economic outlook, in the long run, “is going to be promising for both India and Africa, because this is where the markets and opportunities are present,” he said at the conclave.

India has emerged as one of the top five investors in Africa in recent years, with cumulative investments on the continent amounting to around $74 billion.

Mauritius, Mozambique, Sudan, Egypt and South Africa have been the top recipients of Indian investments.

Indian companies are also increasingly active in countries rich in natural resources such as Ghana and Nigeria.

A number of Indian multinationals already have significant interests in the region, with strategic sectors including agribusiness, pharmaceuticals, information and communications technology (ICT), and energy.

Catching up with China

Relations between India and Africa go back a long way and the two share a unique bond due to their shared colonial experience in the past.

While there’s an emphasis on zooming in on these historical ties, New Delhi’s relationship with Africa has become more strategic in recent times, said Barnaby Dye, a researcher focusing on the politics of development in Africa at the University of Manchester. “South-South cooperation is a genuine instinct but there are other strategic worries like trade, security, and countering China,” he said.

China has emerged as Africa’s largest economic partner, with two-way trade worth $254 billion last year, a jump of 35% from 2020.

Over the past decade, Beijing has pumped billions of dollars into Africa, building roads, bridges and power installations in return for access to markets and resources.

India is wary of China’s growing influence on the continent.

In 2015, Prime Minister Narendra Modi’s government organized a summit in New Delhi to explore how to bolster India’s long-standing ties to countries on the continent.

And in 2018, while addressing the Ugandan Parliament, Modi outlined what came to be known as the “Kampala Principles,” a set of 10 guiding principles for India’s engagement with Africa, including the prime minister’s vision for how to promote economic growth and tackle challenges such as terrorism and climate change. “Africa will be at the top of our priorities,” Modi said at the time.

New Delhi has also provided millions of dollars in educational and humanitarian aid to boost its soft power. 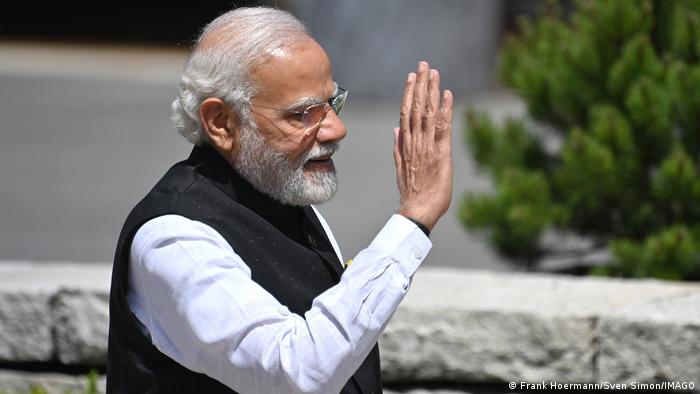 Africa is home to about 3 million Indian-origin people, with more than 1 million of them calling South Africa home; Kenya, Tanzania and Uganda also have large numbers of diaspora Indians.

“There’s a presence of Indian diaspora because there was movement between people from India to east Africa in colonial times,” said Ruchita Beri, an expert on Africa at the Institute for Defense Studies and Analyses in New Delhi.

Veda Vaidyanathan, a policy researcher at Harvard University, who specializes in Asia-Africa engagement, said that the large Indian diaspora contributed to the goodwill enjoyed by New Delhi in African capitals.

The challenge moving forward would be a question of sustaining the momentum generated by the diaspora already in place, she added.

Dye pointed out that on a people-to-people level, Indian-origin people were well ingrained in the business elite in eastern Africa.

“Given the background of trade and migration, India’s initial drive in Africa was much less state driven and a lot more organic,” he stressed, adding: “But there’s a lot more state involvement in recent times, as can be seen from forums and dialogues between governments of African countries and India.”

It’s not just India. Other countries, such as the US and Russia, have also been increasing their engagement with Africa in recent years.

The continent has many of the fastest-growing economies in the world, and its total GDP currently stands at about $2.6 trillion.

Despite political, economic and security challenges in some nations, Africa as a whole is projected to have nearly a quarter of the global workforce and consumer market by 2030, making the continent an attractive partner for governments and businesses worldwide.

Against this backdrop, Dye said that, economically, China, the US and former colonial powers such as France and the UK would continue to play a key role in Africa.

But Vaidyanathan said that the situation on the continent was changing. “Power dynamics are shifting. Major developing countries are re-imagining traditional frameworks of engagement and providing alternatives, which is changing the status quo.”