A new robotics and coding education centre has been launched at St Barnabas School of Specialisation in Bosmont, Johannesburg.

The Futureshaper Lab was opened with the aim of developing the skills of 200 pupils every year through a curriculum focused on mathematics, science, information and communication technology.

Specialised teachers will give lessons on specific days of the week after school to pupils who are interested in robotics and coding from Grades 8 to 12.

The Gauteng Department of Education collaborated with international technology firm Honeywell to launch the centre.

“At the heart of our organisation is science, technology, engineering, and mathematics (STEM), so it makes sense that Honeywell partners up with the department. I hope this partnership will ensure that STEM is born in the heart of young kids.

“When kids are exposed to the beauty and innovative magic of science, technology, engineering, and mathematics, it changes their lives forever. Engineers and technicians change the world for the better,” Dreyer said.

“I hope that as we engage with these kids, they walk away here changed, and their outlook on life is changed. They must be aware that options are there, and they can study, grow, and develop themselves in the field of STEM,” Dreyer added.

He said the organisation had the potential to provide pupils with growth opportunities on an international platform.

“Bursaries are awarded to young pupils who wish to pursue their studies in science and engineering. We also have a separate programme called the Honeywell Leadership Programme, where we select up to 10 kids per year, depending on global funding, and take them to space camp in Alabama.

“At the space camp, pupils will be exposed to astronauts, programming, and coding, and when these kids return, they are fundamentally transformed,” Dreyer said.

The school choir sang inside the school hall during the lab launch and many pupils were beaming as they danced along.

Gone are the days when pupils are taught meaningless and worthless things, Lesufi said.

I want to prepare you for jobs so you will be able to find them.

Lesufi said the department was proud of the 17 other specialised schools in Gauteng.

“Every school under my leadership in this particular province will specialise in some skill so that they can be part of the economy of our country.

“We have been a country of consumers. That era ends with you. You are the generation that will create an economy for the country.”

School principal Gilbert Rambwa said the lab was crucial because pupils would be able to draw on more than just theory.

In addition to altering the pupils’ thinking patterns, he said the lab would give them first-hand experience with robotics and information technology.

Paving the way for young minds

“I was introduced to Honeywell when I was 17 and went on the space camp, keeping in mind that I was not the brightest student in the class and that for me to be involved in science, robotics, and coding; I thought I couldn’t do it.

“But I’m grateful that Honeywell gave me the chance to prove to myself that I can do it.” 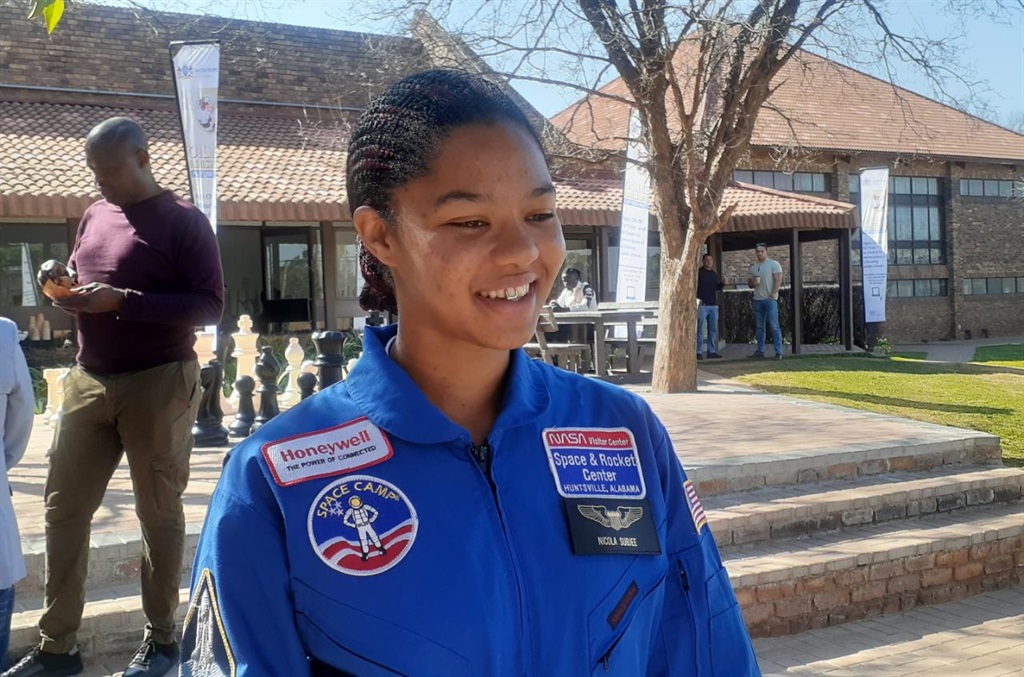 Subjee, who attended a high school in Gauteng, said her school didn’t have labs and that pupils weren’t exposed to the level of science offered at Honeywell, which she found overwhelming at first.

But she realised that people could learn and be better no matter what their backgrounds were.

Grade 12 pupils Boineelo Molusi and Tinotenda Ndarimani designed Herity – an alert system for victims of gender-based violence which is disguised as an online retail platform.

They said the new lab would make a great contribution towards pupils’ preparation for professions by making them more tech-savvy.

“The launch has brought a positive atmosphere to the school and has opened up many avenues, equipping us to go out in the real world and know how to use a computer to do basic things,” Molusi said.