Ever wanted to get revenge on certain billionaires who have all the money in the world, while you may be down to your last dollar at the moment?

Look no further, because you may be able to get revenge by biting their heads off.

Not figuratively. You can actually bite their heads off, and one ice cream truck is giving the public the opportunity to do so. 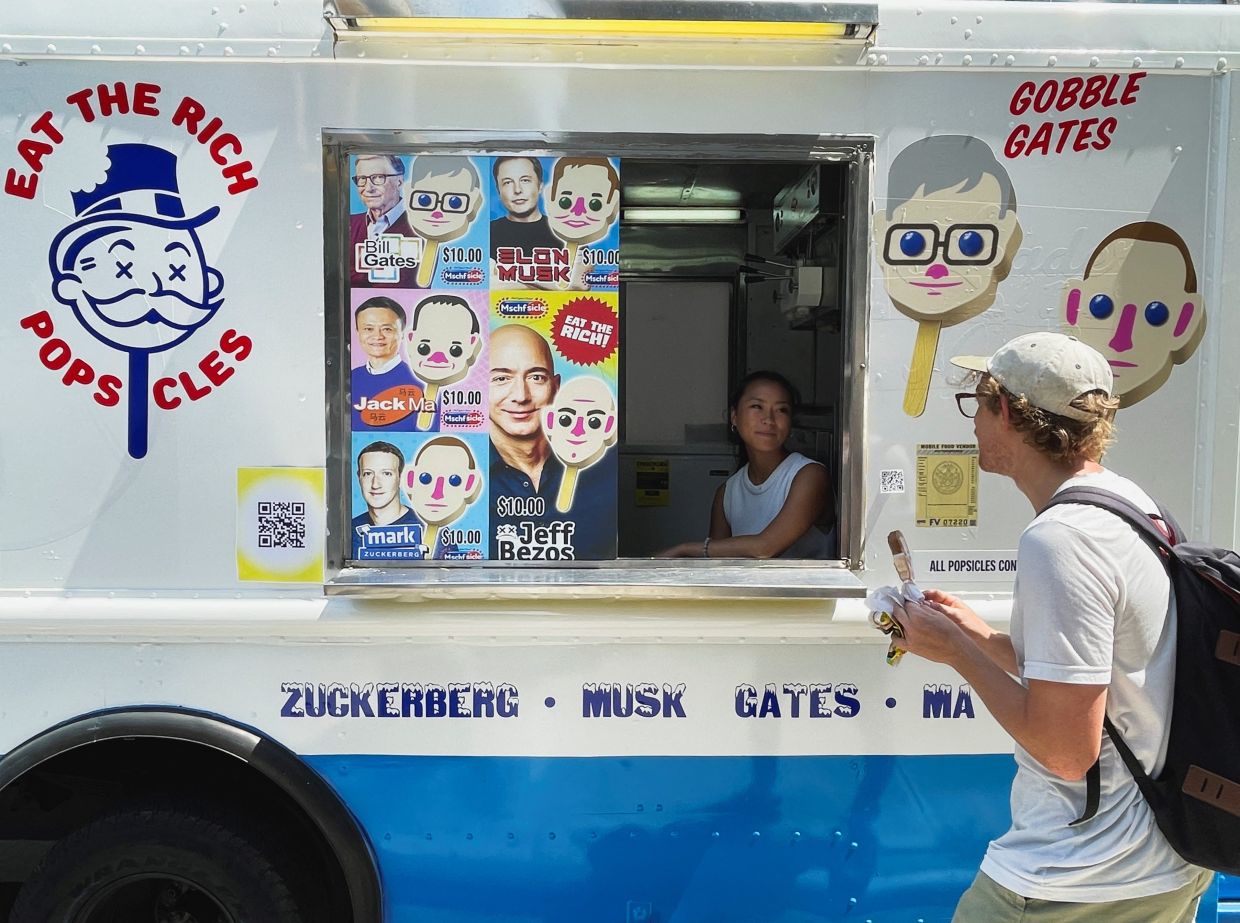 According to Business Insider, an ice cream truck is giving people a dish best served cold and it’s by selling popsicles made to look like what some may say everyone’s least favourite tech billionaires.

With tasty treats such as “Bite Bezos”, “Munch Musk” and “Snack on Jack”, the ice cream truck has popped up around New York City and Los Angeles this week, offering passersby the chance to “Eat the Rich” – their signature popsicles. 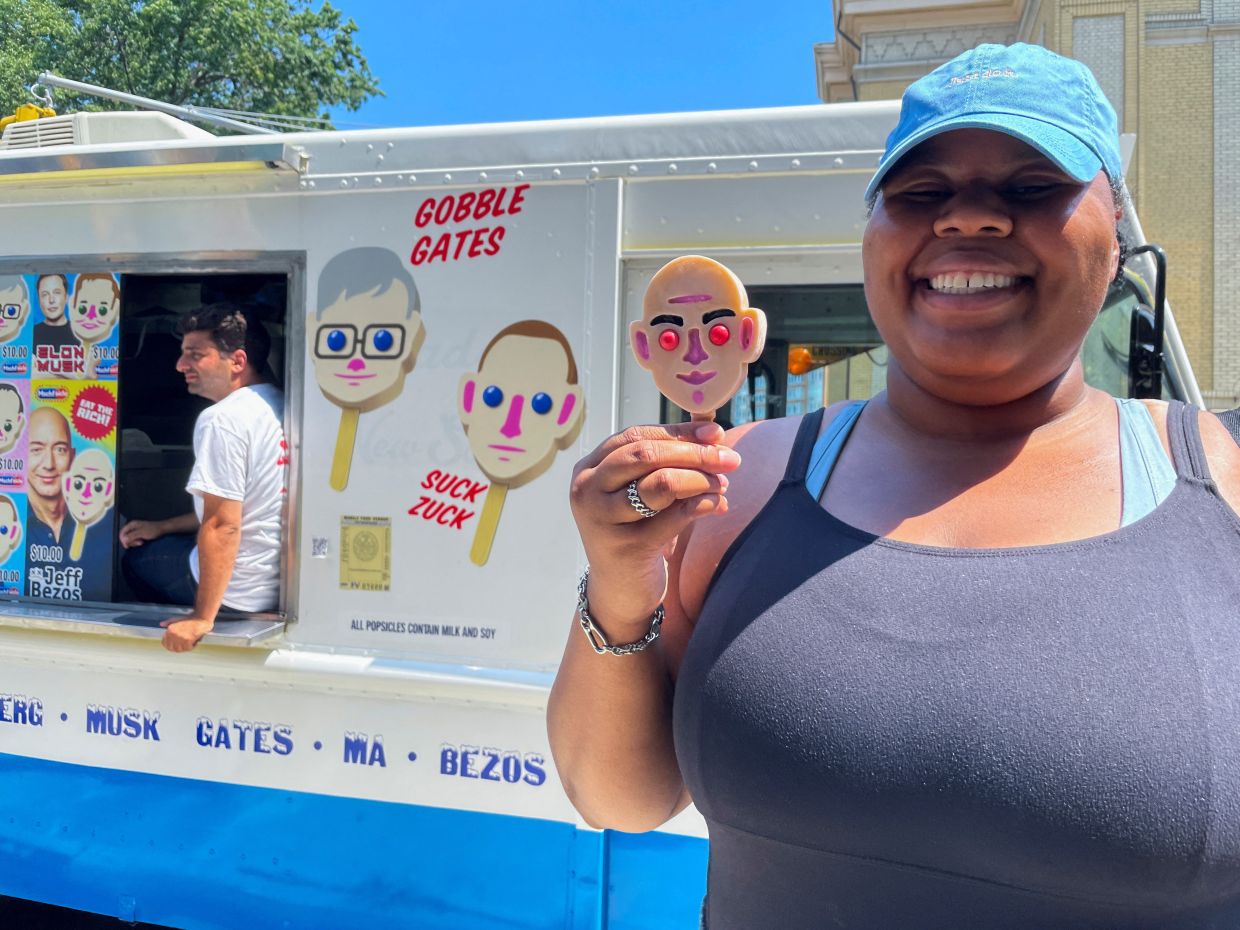 The frozen treats are easily recognisable, with their huge candy eyes and features such as Gates’ glasses or Zuckerberg’s hair.

If you’re wondering, the popular popsicles are a play on the term “eat the rich”, a slogan that’s becoming a rallying cry among Gen Z and Millennials who are frustrated with wealth inequality, the outlet reported.

According to TMZ, the outlet was told their best seller has been Musk’s “Munch Musk” treat, where it’s been a hefty mix of haters and true fans wanting to bite his head off.

What a sight to see.

According to the outlet, the art collective, owned by Gabriel Whaley, is all about creating commentary on various things in our culture.

So, want to get your hands on one and make your own statement by biting the head off of a frozen billionaire? Then you’ll pay just US$10 (RM44) for one popsicle. – pennlive.com/Tribune News Service