Have you found a new startup? We’d like to show you off.

If you launched a startup between April and June 2022, we’d love to feature you and your startup in our upcoming Q2 State of Tech in Africa report.

TechCabal is always looking to support founders on the continent, and this is one of our many ways. It’s a chance to get your idea in front of prospective users and investors. Our Q1 report enjoyed over 1,000 downloads, the majority of which are from investors and stakeholders in the African tech ecosystem.

We want the world to know about your solution, but first, you have to tell us about it. 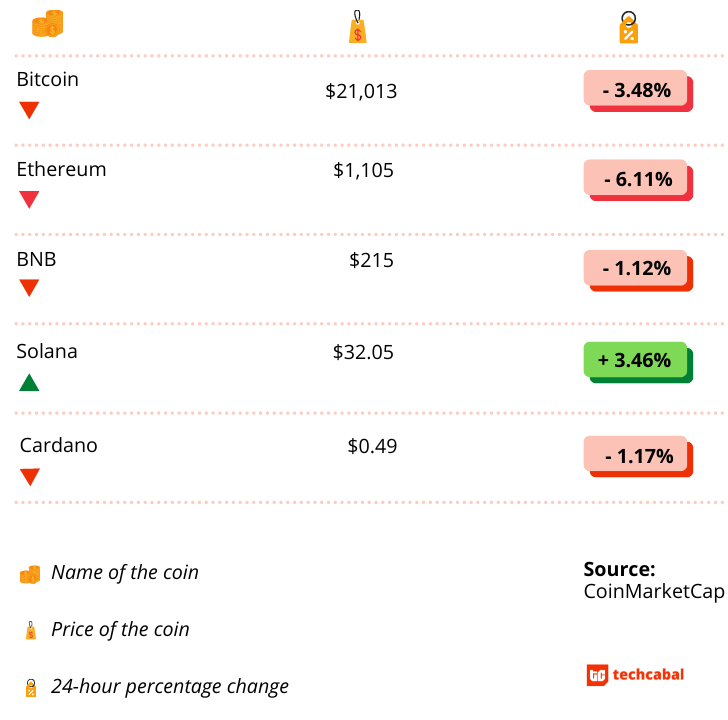 Buchi Onyegbule is the Director of Africa Operations at Narrative 4, a global organisation using storytelling to rebuild and revolutionise systems. In his spare time, Buchi is a beer connoisseur, and a maze marathon runner. 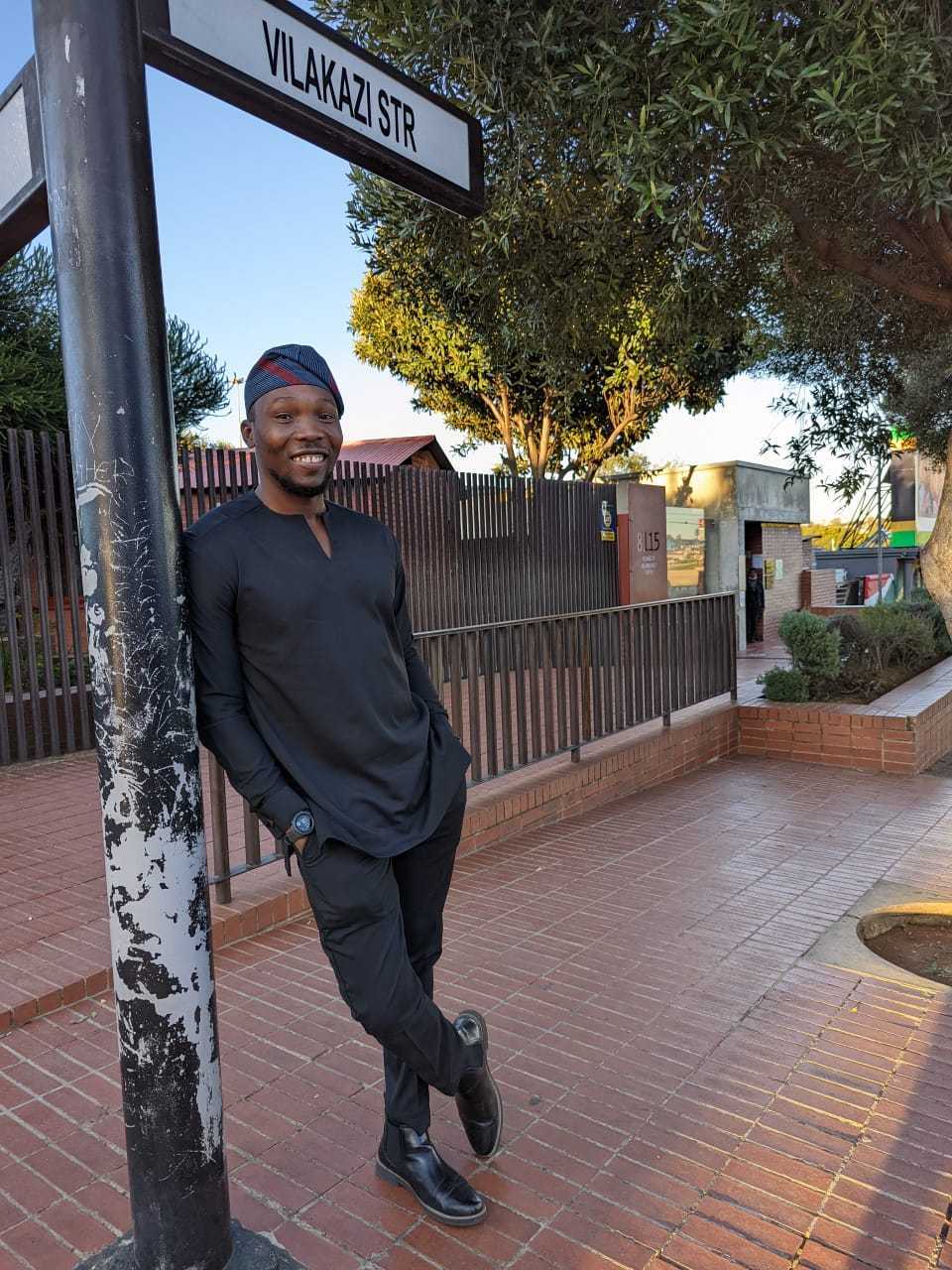 I lead a group of dreamers educators on the continent who believe we can change the world by using art and storytelling to teach young people empathy.

What’s one piece of advice you wish you’d known earlier in your life or career?

Every little experience counts and can be transferred even across careers. I’ve found myself applying a lot of the learnings I got early in my career as a beer salesman in my current job as the continental lead for an arts and education non-profit—from relationship building to leads cultivation, and perhaps most importantly, in-person BTL marketing. This last one is as relevant 20 years ago as it is today, nearly irrespective of the sector.

What (singular) achievement are you most proud of?

In under 2 years, I’ve led a team to establish this non-profit in 7 countries on the African continent, Nigeria, South Africa, Kenya, Tanzania, Zambia, Zimbabwe, and Rwanda, developing multiple partnerships, building sustainable (and replicable projects), and on course to get to 9 countries at the end of 2022.

This achievement is still being written, but I’m absolutely sure it will be the most important accomplishment I’ll have done so far.

What misconception do people have about your work?

That it’s a soft, airy skill. It’s anything but that.

Today’s world is branded as an increasingly connected one, where people are able to find and belong to multiple communities. That’s factual without really being truthful because these communities are encouraged even more to function as silos and mainstream a kind of siege mentality in those who identify with them.

Thus, the concept of empathy, while being increasingly important, is also increasingly harder to not only imbibe but also practice. And perhaps even hardest to make it a default, instinctive reaction.

Does it work though? Can people really become more empathic through shared storytelling?

But beyond the science of it all, there’s a fair bit of research from Yale Intelligence, University of Chicago, both general and specific, to our work at N4. It’s the simplicity of the concept, really. Two major strategies can teach empathy: role-playing and storytelling.

The N4 Story Exchange employs both these strategies.

Again, yes. It does work. Unequivocally.

In your work, you get to travel across different African countries. What’s that like? Tell us about the good and the bad.

I’d say it’s fortunate. As someone who read voraciously as a kid, I’d travelled to these countries in my mind already, but getting to visit them now brings valuable insights and learnings. Perhaps the best part is that I believe I’m literally a human Rolodex of important contacts in the education space in anglophone Africa.

Bad? It’s the sameness. The same things that frustrate you in Nigeria frustrate you elsewhere, and perhaps even more. The endless bureaucracy, the limited access to funding, even for work we consider really important. There’s also the near-instant distrust as you’re identified as Nigerian, the weird delays at immigration even in smaller countries, or the offhand comments by citizens of other countries that hurt aplenty.

As a 30+ Nigerian man, you’re almost an automatic suspect of some shadiness in and out of Nigeria.

I love singing, but I’m absolutely terrible at it. My singing voice will hurt your ears.

I don’t enjoy appearing on panels, or speaking publicly—plenty of anxiety—but I do make an amazing speaker. People say it’s because I have insight and clarity of thought. I think it’s more because the size of my head makes people focus less on whether or not I was talking crap. Either way, I rarely get complaints, so there.

Is there a book or movie you think everyone should read or watch, and why?

I’m always reluctant to recommend books, so I won’t.

But I think everyone should watch All Hail King Julien. He’s the king I want to be like. I won’t say why. Just watch it!

In this column, our Senior Reporter Daniel Adeyemi shares his experiences at one of the world’s biggest tech conferences, VivaTech, in Paris.

Burger, shawarma, sandwich and pizza. That’s all I’d eaten until yesterday evening when I had some Turkish food. 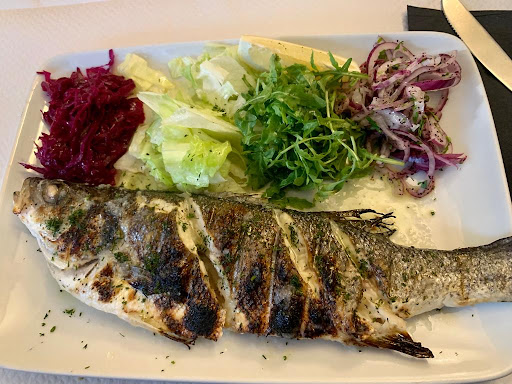 Here are a few highlights from Day 2 at Viva Tech.

I listened to a panel on the future of work. Greg Schweig, CEO AfricaWorks, suggested that maybe Africa doesn’t need to rely on Western ideas of going fully remote, due to its current infrastructural problems. The future he suggested is in distributed offices: rather than having one office, companies have offices all around cities, closer to employees.

Since it was launched in 2018, the Délégation Générale à l’Entreprenariat Rapide des Femmes et des Jeunes (DER) has granted 60 billion FCFA (~$96,424,000) out and helped transform the Senegalese tech ecosystem. Mame Aby Seye, General delegate for youth and women entrepreneurship, spoke about the achievements of the Senegalise tech ecosystem and the support given by the DER to make this possible.

Cameroonian tech founder and Investor, Rebecca Enonchong gave an extremely passionate talk on opportunities for black women in tech, using her story as a reference. Here’s a 2-minute clip of the talk.

Huawei is making a comeback.

Four years ago, Huawei launched its App gallery to the rest of the world, making a concerted effort to move beyond Google and build its own ecosystem of products that tie together. Today, it claims to have over 432 billion downloads in 2021, over 580 million monthly average users (MAU)—with less than 10% coming from Europe. Five-point-four million registered developers and over 187,000 apps are already integrated into its operating system.

That’s a small figure compared to Google which had 3.48 million apps on the Playstore as of Q1 2021, and 111.3 billion apps downloaded as of 2022, but still a sign that it has made progress over the years.

Here’s a video of a demonstration of Huawei’s Machine Learning capabilities.

What does fashion have to do with tech?

I noticed fashion and beauty brands like Fendi, Bulgari and Dior, are doing more than just creating outfits in the metaverse.

Some of these are a strategy to get the attention of the passerby, and others are to build affinity with the brand by asking users to create fashion items virtually.

Fincra has been granted an Approval-in-Principle from the Central Bank of Nigeria for a Payment Service Solution Provider license.

With this approval, Fincra has permission to deliver its financial payments services to help businesses across the country. 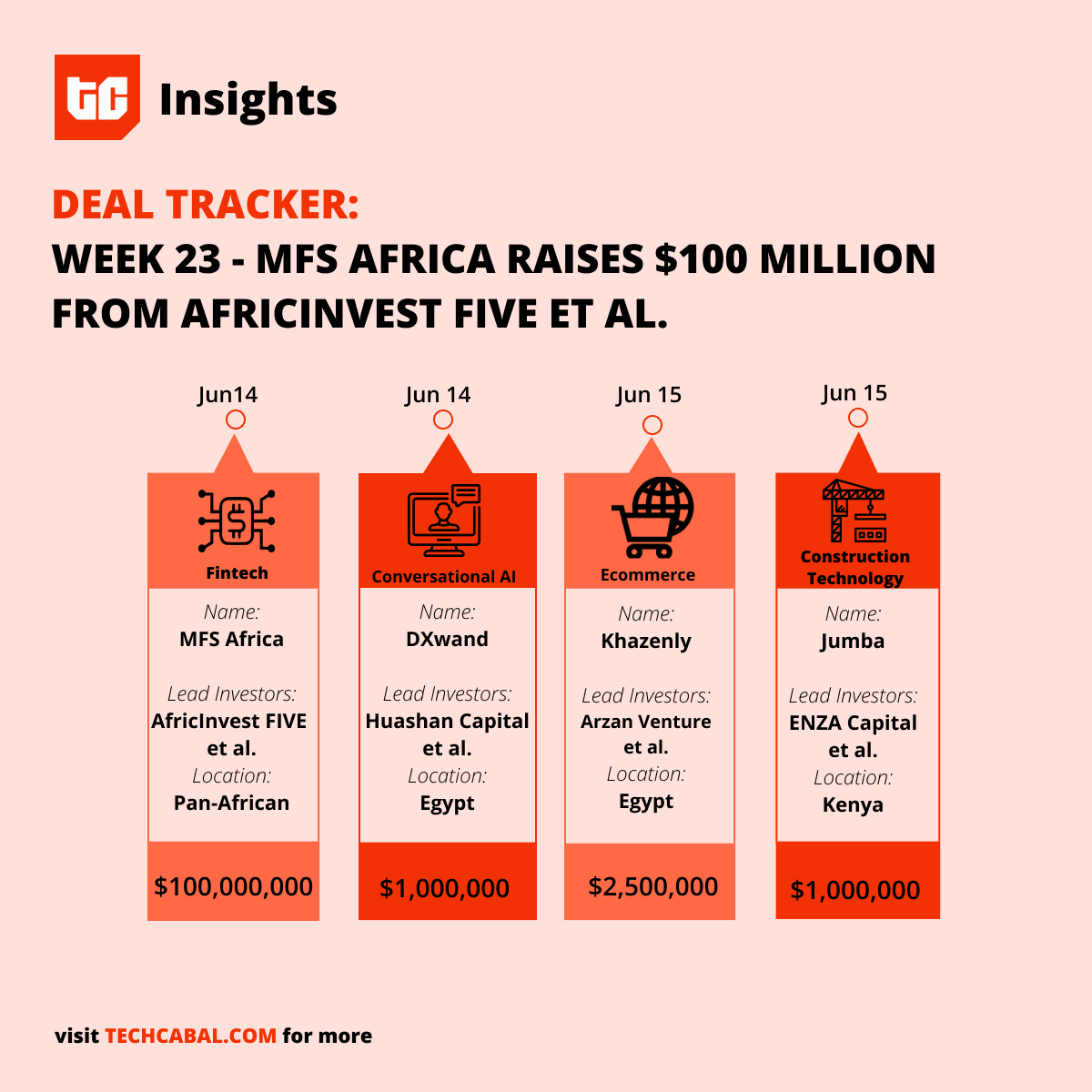 This week, MFS Africa announced the close of a $100 million Series C extension, bringing its total Series C round to $200 million. The round, a mixture of equity and debt, was led by the private equity firm, Admaius Capital Partners, while Vitruvian Partners and the alternative investments arm of AXA Investment Managers (AXA IM Alts), Stanbic IBTC Bank Nigeria, and Symbiotic provided the debt financing.

There are more opportunities here. If you’d like to share a job opening or an opportunity, please fill this form.

SECURE THE BAG ON TECHCABAL

The only bag you need to secure is on TechCabal. Shop TechCabal Merch today.