Fasanara Capital Ltd – a London-based asset manager – reportedly closed a $350 million fundraiser and wants to use the financing to invest in cryptocurrency companies and financial technology.

The Crypto Crash Works in Favor of Fasanara

According to a Bloomberg coverage, Fasanara secured its second fund to back technology startups and companies part of the digital asset industry. Specifically, it intends to allocate the $350 million to crypto exchanges and digital lending businesses.

The British organization has previously raised approximately $550 million to support the European tech sector. It invested a significant chunk into the German-based rental startup – Grover – and the Italian buy-now-pay-later entity – Scalapay.

Currently, Fasanara is working on its third fund as it has already amassed $100 million. Francesco Filia – Chief Executive Officer of the company – revealed that, unlike previous financings, this one will be available for new external investors.

He said Fasanara is attracted by the digital asset universe, seeking to bolster the capability of firms involved in it. In his view, the current collapse of the crypto market is favorable for the company’s strategy:

“As the market goes through a difficult phase, we can do better deals.” Fasanara Capital is an alternative asset manager with headquarters in London and affiliate offices in Milan. It offers access to a range of monetary services and financing to firms. The company has more than 150 employees and over $3.5 billion in assets under management (AUM).

Some of the Recent Multimillion Fundraisers

Funding rounds in the crypto space pop out quite frequently, and as such, it is worth mentioning some of the most significant ones in the past few months.

At the beginning of April, Near Protocol closed a $350 million fundraiser led by the American investment giant – Tiger Capital Management. Addressing the initiative was Amos Zhang – a Partner at MetaWeb VC. He opined that Tiger Capital’s involvement in the financing is a sign that Near “might be one of the protocols that can take over the world.”

A few weeks later, Framework Ventures raised $400 million. Half of the funds will boost the development of blockchain gaming, while the other half will be distributed to the Web3 economy and DeFi.

Binance Free $100 (Exclusive): Use this link to register and receive $100 free and 10% off fees on Binance Futures first month (terms).

PrimeXBT Special Offer: Use this link to register & enter POTATO50 code to receive up to $7,000 on your deposits. 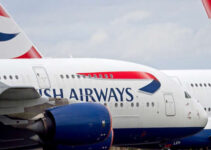